Standing in that remote village in the hot African sun, I was at the end of my trip. We had just witnessed so much poverty and chronic hunger that I was feeling defeated, worn out, humbled and yet strangely empowered.I felt so many feelings that day. Hopeless. Hopeful. Changed. Clear. Convicted. Committed. I saw there was such a chasm between miracles taking place by The Hunger Project’s involvement and there still being so much more to do.I stared out the window and observed this conflicted country. A country I had no idea I would be in one year ago.

I decided then and there that I had to not wallow in the issues as I wouldn’t  survive if I did. I had seen things I didn’t want to see, things I couldn’t un-see, yet things I needed to see. 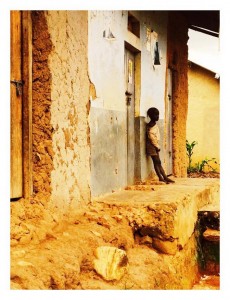 I needed to be more matter of fact about these problems, because I was knee deep in it, I was doing what I could do to help the beautiful people I met, instead of cowering at the vastness of it.  I had shied away from world issues like this for the past 38 years because I was too scared to get involved. Too much of a coward to confront such human atrocities. Yet, here I was. Standing tall and on my own in the middle of Africa doing the unthinkable…I was facing it head on and I was standing there ready and eager to help.

Whilst I was proud and incredibly determined, I certainly wasn’t thinking of myself as some kind of superhero…I was, in fact, revealing that I couldn’t be more human if I tried. This was such a humbling realisation that hit me to the core. This whole experience was so raw, so real and there was no shying away from it now.

I felt confused, yet awake. We were here tackling some major issues. Sanitation, chronic hunger, lack of clean water, education (some kids had to walk too far making it dangerous or difficult), AIDS, child marriage, rape…

I was so moved by everyone I met. It was overwhelming.

Often it was a silent exchange whereby we would communicate through our eyes, smile or simply being next to them and holding hands. I felt a strong sense of purpose, I was here to find out what they all really needed. What they were lacking. And what it was that was making some of them thrive.

My heart was as open as it had ever been in my whole life. 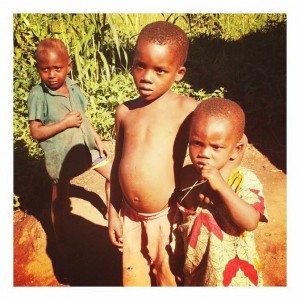 When I went home after this trip something had shifted inside of me. It was time to start investing in and learning what it would mean to be the best version of myself. The best mother. The best daughter. The best friend. The best wife. I hope to inspire others. To instill strong values in my little girl, Daisy. I will do my best and hopefully help her and those close to me push them toward thinking outside of themselves.

I still don’t know it all in terms of chronic persistent hunger and what the world needs to tackle these mammoth issues, but I know a lot more than I did.

I’ll always be thankful to Africa for showing me another world that I knew existed but never wanted to know existed. A world conflicted by beauty yet tragedy, a world ruled by ridiculous hardship and yet a world that displays the true triumph of the human spirit.

Why I am living here in a world of abundance and surrounded by love, friendship and plenty of opportunity, I’ll never know. Why I’m not one of those young girls, barefoot, face covered in flies, as I listlessly face each day with an empty stomach. Why I am not one of the countless brave and fearless mothers I met, often widowed with 5 hungry, sick children to fend for…its just plain unfair. Yet, I was given this life and they were given theirs and it’s time I learn from their graciousness, courage, resilience and bravery and start living my life and living it like I’ve  never lived before. It’s time to take the blinkers off and take charge of who I am and what I want my life to be.

I’ll always thank Africa. Africa was my wake up call. I am so glad I actually took the call and woke up. 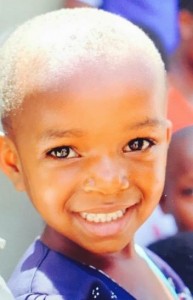 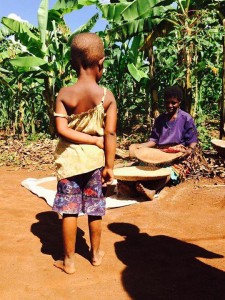 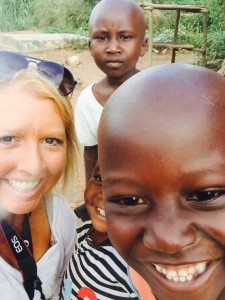